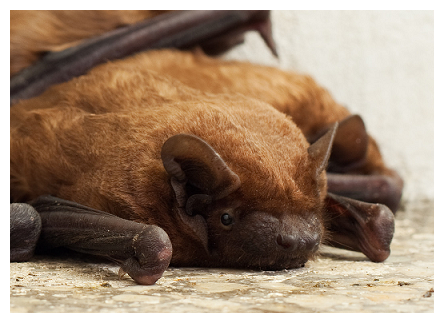 Virginia is home to 17 bat species with the most common ones being the little brown bat and the big brown bat. These two types of bat species are the most common bats that are likely to be seen with all areas of Virignia including Fredericksburg. They are among virginia's cave bats which is why they are the type of bats most often seen in attics and buildings. It is common to see these tow types of bats roosting in church belfries, beneath homes shutters, and in attics.

Bats are one of Virignia's most environmentaly beneficial mammals. They primarily feed on insects and can ingest up to 1,000 mosquitoes or pests an hour. This is what makes them an essential part of the environment. Some of the more common pest they feed on include moths, wasps, beetles, gnats, mosquitoes, and midges.

In 2012 there were over 4 million bats that lived in Virginia and only one half of a percent of all these bats were rabies carriers. It is a common misconception that all bats carry rabies. In addition, rabid bats are seldom aggressive and attack people. According to the CDC there are only 3-4 cases of rabies in humans per year, but most are associated with bats.

Another misconception about bats are that they are blind, although they cannot see in color they are not blind. Bats actually have better night vision than people. They do forage for food using echolocation. This process allows them to emit sounds into the environment then use these echoes to locate and identify objects.